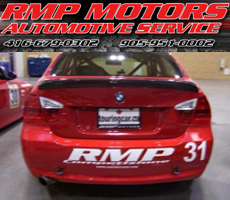 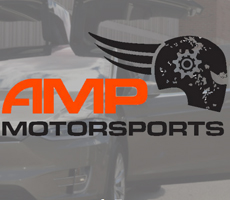 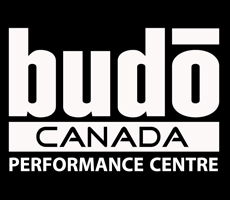 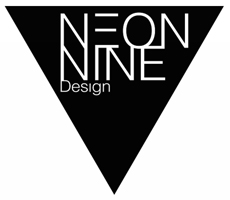 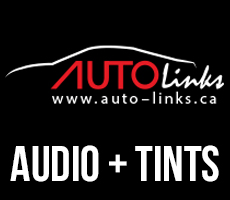 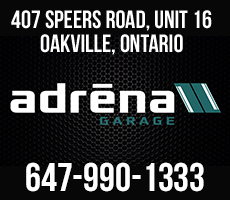 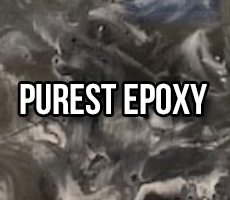 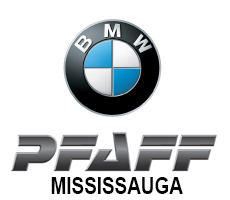 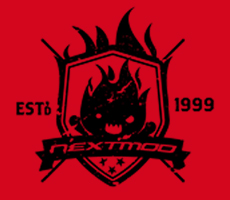 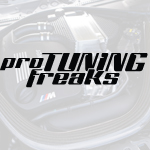 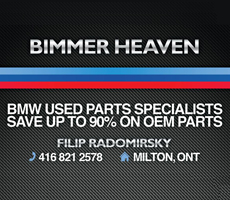 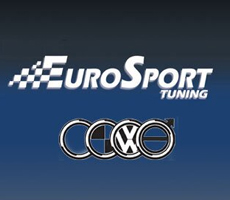 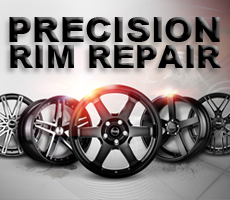 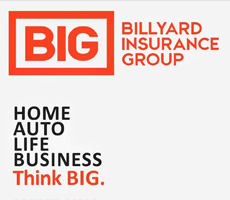 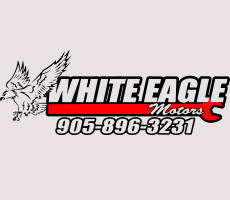 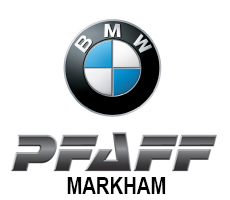 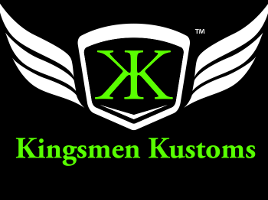 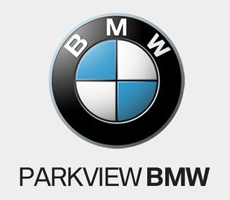 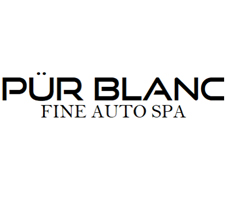 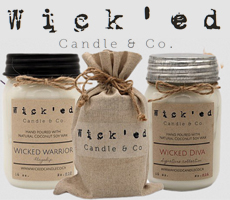 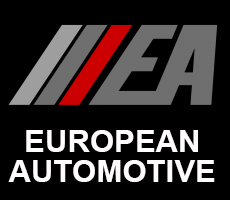 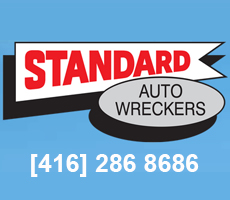 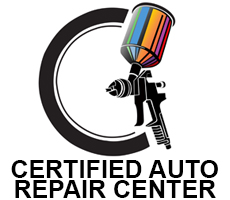 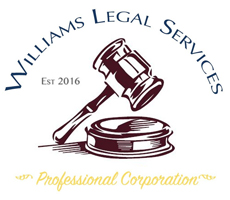 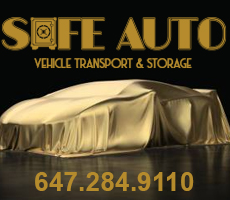 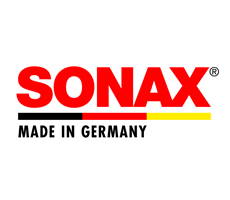 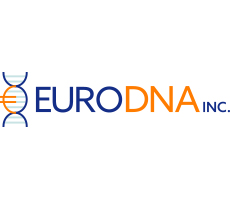 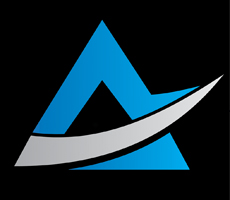 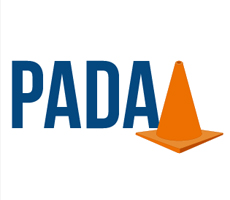 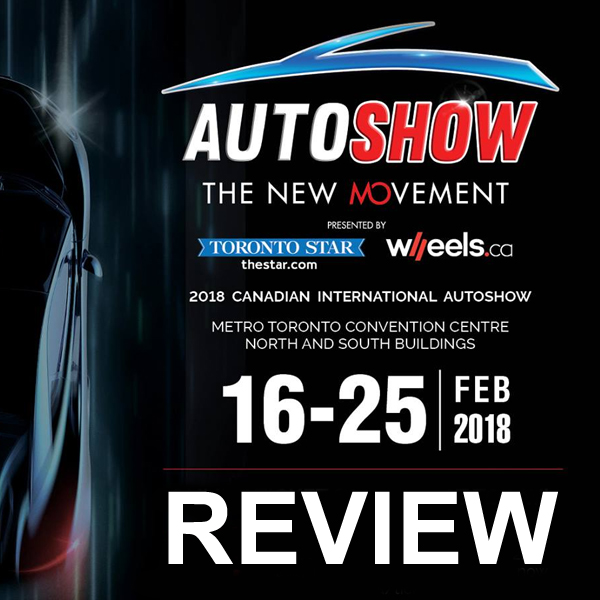 The 2018 Canadian International Autoshow in Toronto starts today and carries on through to Feb 25th 2018. We had the pleasure of checking out the show yesterday when the media was invited to get a sneak peak of the show and everything it had to offer. The Autoshow is a major production, filling both the North and South Building of Metro Convention Center in downtown Toronto, its a feat that takes a lot of work, and you could tell as you walked around that everyone was still rushing to get everything ready by the evenings VIP event.

There are a lot of special features in this year’s autoshow, and car enthusiasts will be lining up to see the world’s fastest car in the world, and the owner of five world speed records; the Koenigsegg Agera RS supercar (North Building, Level 100). Not only that, but Mr.Koenigsegg himself was there taking photos with the media, and they even started the car up for everyone to enjoy the grumbling monster as it came to life. In addition, there are a lot of other features ranging from the beautifully put together 70 Years of Porsche Gallery (North Building, Level 100) to the fun 50 Year Anniversary of Hot Wheels (South Building, Level 700) with a huge hot wheels track for adults and kids alike to enjoy playing with, plus a cool selection of hot wheels cars brought to life in 1:1 scale real car recreations. The autoshow seems to be catering to the younger crowd more, or simply wants to have more fun, given the amount of racing simulators all over the place, and other fun activities. Full scale storm trooper armor was a cool touch for people to take photos with. I enjoyed the lego area in Ford’s section (South Building, Level 800); the kids will love it, if the adults don’t hog the area all for themselves.

But let’s talk BMW, and what you can expect to see at the show (South Building, Level 800). BMW’s booth is the same layout as the past two years, which if we are going to be honest here, is a little disappointing. From what we have been told from colleagues that help build the displays for each dealership, they are usually re-used for 3-4 years with slight tweaks each year, and we hope they actually revamp it for next year. We BMW guys are tired of the Mercs enjoying their second level VIP area, as they look down at us like peasants from across the showroom floor. We should at least bring a ladder and try and storm their castle next year if nothing changes.

BMW Canada provided a strong line-up at the show as always, and we were there in time to listen to BMW Canada’s President Hans Blesse keynote address which was heavily focused on today’s shift to electrical vehicles, and their plans for the future. The presentation ended with the reveal of the new BMW M4 CS, and BMW i8 Roadster. We summarized below some key items Mr. Blesse noted:

At this point, Mr. Blesse announced 5 vehicles at the show which were revealed: The BMW 530e, the X5 40e, the all new i3s, the BMW i8 coupe, and the Mini Couper SC Countryman All4.

Forty new and revised models will be released by BMW in the next 24 months, which is a significantly ambitious target to reach. The result would be the youngest and most sought out fleet in the premium vehicle market today.

Matthew Wilson, BMW Canada’s National Product Manager introduced the next wave of model performance productions, starting with the reveal of the 2019 M4 CS; the first time it has been in Canada. You can take a close up look at the car at the autoshow, and it’s a beautifully crafted machine that sits on top of the M4 Competition package and borrows light weight technology first found on the M4 GTS.  You can check out all the specifications for this car online, but basically it’s boasted as a lighter, faster version of the M4 Competition package. The M4 CS will arrive this summer with only 90 units destined to make its way to Canadian shores.

Kevin Marcotte, BMW Canada’s Director of Marketing introduced and revealed the last car covered up at the show; the i8 roadster. The roadster has a fully electric top that retracts within just 15 seconds. Boosted horsepower and refined battery give it a greater range and distance, with a combined 369hp, and zero to one hundred in 4.6 seconds. The i8 on display at the show is one of only 200 First Edition models produced for the global market. 25 of which will be available for Canadian customers. Personally we like the look of it, and while motorsport enthusiasts aren’t too fond of the i8 series in general, we think it’s starting to solidify itself within the BMW brand. Please make an i9 that looks like an i8, but has the power of a supercar, and everyone will be happy.

The new BMW M5 is also on display at the show, and it’s one of the nicest version of the beastly M5 that we have seen. It’s definitely worth taking a look. Additional BMW models are also on display for everyone to see from the X5, X3, 2 series, 3 series, and much more.

Overall BMW has provided a concise range of their cars on display for everyday consumers to motorsport junkies alike to enjoy. Aside from the BMW Canada display area, you will also find an M4 GTS and black i8 at the South Building, Level 700. And our sponsors SportsCarBoutique has a beautiful M4 GT4 track car on display. First club member to take a photo of themselves with the track car, and tell us on which floor they found it at will win a BMW swag bag gift! Make sure to send it to info@bmwtn.com

Lastly, we encourage our members to check out our sponsors JRP that have a large booth as you proceed between the North and South building, and our sponsors Ceramic Pro are located at the bottom of the escalators towards Auto Exotic on Level 100, North Building. Show your BMWTN VIP card and you will receive a free Ceramic Pro lanyard.

Let us know what your favourite car was at this years International Autoshow by taking a photo and posting it on our Facebook page, or on your IG page and tag @bmwtn

Make sure to check out our Flickr account for a full gallery of images we took while at the show.